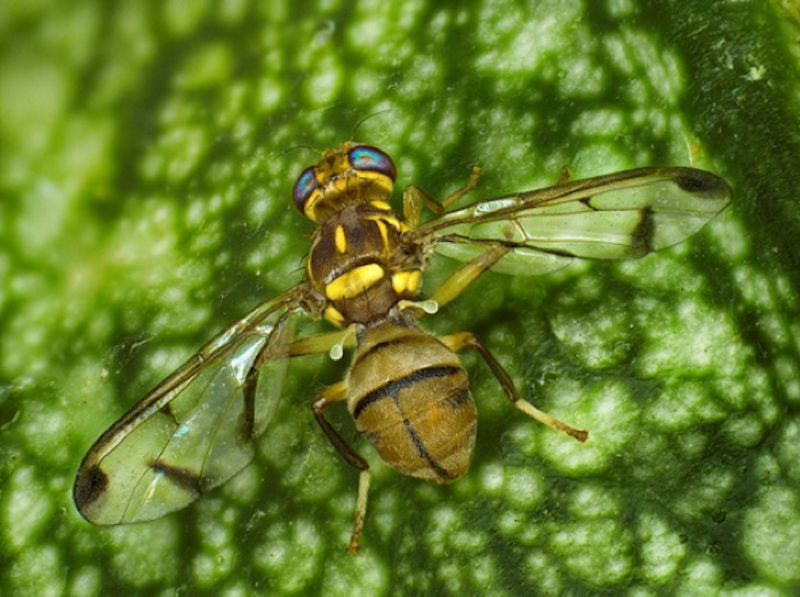 The common name ‘fruit fly’ is already causing some confusion. Some people refer with ‘fruit fly’ to the small flies (Latin Name: Drosophilidae) one finds in the kitchen around a fruit basket with overripe fruits. Others use the name to refer to larger flies (Latin Name: Tephritidae) actually causing damage to a variety of fresh fruits in the orchard by laying eggs in these fruits and the emerging larvae destroying the flesh of the fruits. It is the latter group that is the subject of the FF-IPM project with the focus on invasive species.

In order to confuse people even more, one can also speak of ‘vegetable fly’ rather than ‘fruit fly’ in some cases. After all, a number of the vegetables grown in gardens or commercial farms, are biologically speaking actually fruits. Think of tomatoes, eggplants, peppers, cucumbers, pumpkins, etc. All these are seed-bearing organs and for a tephritid, they are considered fair game for the development of their offspring.

While the FF-IPM project focuses on alien species attacking ‘true’ fruits, a number of these vegetable infesting tephritids are considered potentially invasive as well. Several partners of the FF-IPM consortium are involved in other projects that are specifically targeting these invasive pests, mainly of cucurbit and solanaceous crops. One of the main potentially invasive species is Zeugodacus cucurbitae, the melon fruit fly.

Admittedly, melon is considered a fruit, but the same species is also a major pest of cucumbers and pumpkins. It is an Asian species, introduced and widespread throughout Africa. FF-IPM partners RMCA (Belgium) , SU (South Africa), and CRI (South Africa) are involved in surveys for this species in eastern and southern Africa in order to demarcate pest-free areas (according to International Standards for Phytosanitary Measures of the IPPC, see: https://www.ippc.int/en/core-activities/standards-setting/ispms/) to facilitate trade from these regions to other countries. The species is also introduced to La Réunion in the Indian Ocean. Our partner CIRAD (La Réunion, France) looked into agroecology methodologies some years ago to curb the impact of this invasive pest on the island (see: https://www.cirad.fr/en/news/all-news-items/articles/2011/science/results-of-the-gamour-project), an approach that RMCA now wants to repeat in collaboration with partners in Mozambique and Tanzania. Closer to Europe we find the lesser pumpkin fly (Dacus ciliatus). While African in origin, this species has spread to parts of the Mediterranean Region, especially the eastern part. Furthermore, it is found in Central Asia, all the way to the Indian subcontinent. It is equally considered a major pest of several cucurbit crops. 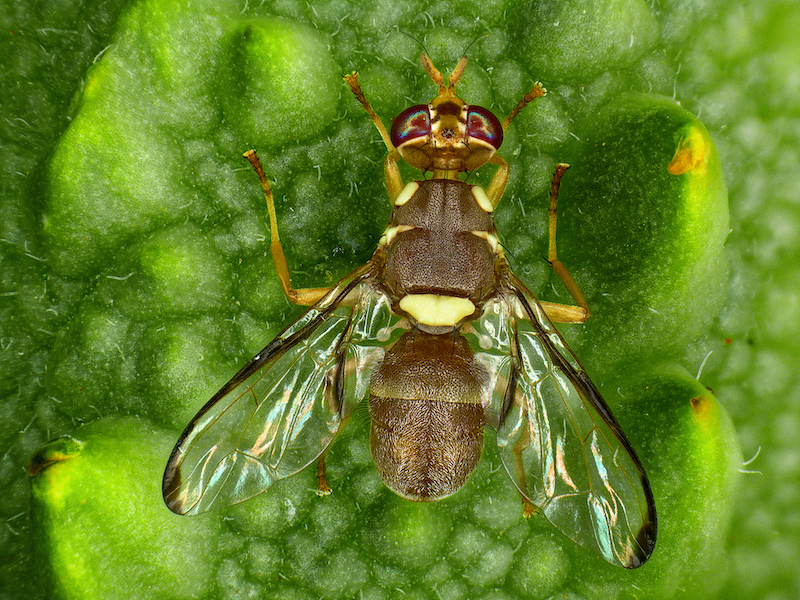 Both species are regularly intercepted at ports of entry in the EU in produce originating from both Asia and Africa. While there is a strong attractant available for male Zeugodacus cucurbitae (called ‘cue lure’) there is no equivalent lure for Dacus ciliatus, making the survey for the latter species less obvious. While FF-IPM is providing the necessary tools and methods to deal with invasive “fruit flies” it is expected that the same methodologies can afterwards be adapted for potentially invasive “vegetable flies”.

Marc de Meyer is an Entomology Researcher at the Musée royal d’Afrique centrale (colloquially known as the Africa Museum) in Tervuren, Belgium. He also serves as FF-IPM’s Technical Manager and member of the project’s Executive Board. 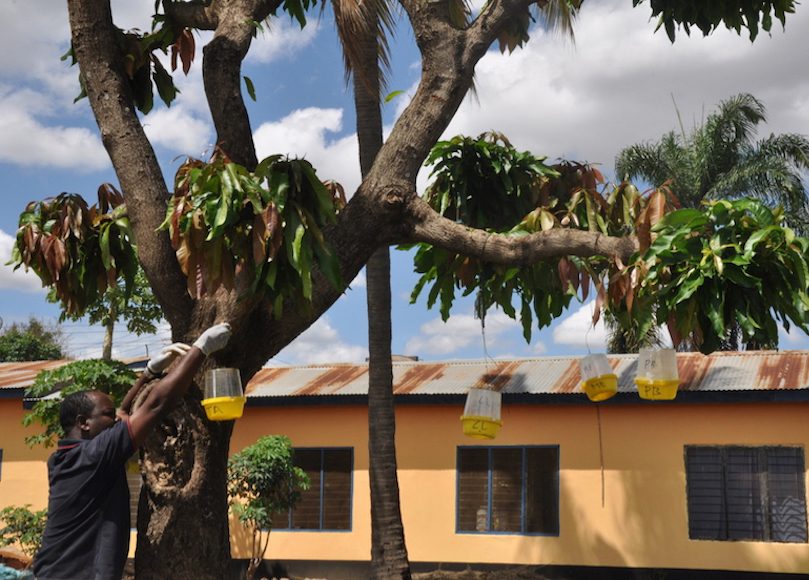